Joey Essex split from long-term love Lorena Medina in April but has swiftly moved on with Brazilian model Brenda Santos.And he appeared happier than ever as he walked hand-in-hand with his new girlfriend on Monday as they visited Epping Beauty Clinic in Essex.

Joey Essex, the former TOWIE star, was clad in gymwear for the outing and opted to sport a pair of short black shorts before packing on the PDA waiting for his treatment to begin inside the clinic.

The South American beauty also wore a pair of blue tie-dye joggers and wrapped a black varsity jacket around her waist.Brenda accessorised her athleisure-inspired appearance with a pair of white trainers, nineties-style shades and a Chanel handbag

The brunette worked her hair into a low-ponytail and sported minimal make-up as she entered the beauty salon for a treatment.

The two then put on a cosy display as they waited to be seen with Brenda putting her hands through Joey’s hair and the TV star leaning in for a hug.

Brenda is currently living in London and is signed to Linden Staub Talent Agency, having recently appeared in French fashion magazine L’Officiel.

The model appeared to be introduced to Joey’s family at his socially-distanced 30th birthday bash last month and has even enjoyed a sun-soaked trip to Ibiza together.

Their outing comes a month after Joey appeared to flout the UK’s lockdown rules, when he threw a huge party at his Essex home to celebrate his 30th birthday.

Joey Essex took to his Instagram Stories to share images and video footage of himself celebrating his big day with a party around his swimming pool.

And rather than plump for the traditional number display embraced by so many of his reality TV contemporaries, the star decorated the outdoor space with giant figures spelling out ’29 + 1′.

His cousin Chloe Sims and pal Vas J Morgan were filmed dancing up a storm as a rendition of Sly & The Family Stone’s disco classic Family Affair blared in the background. Chloe’s sister Demi was also in attendance. 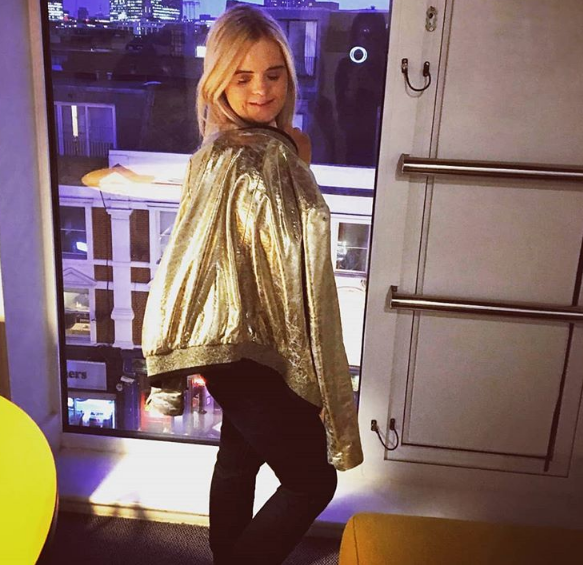